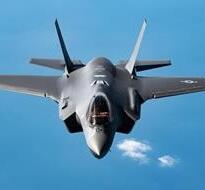 Does Insul-Fab fabricate materials that are installed in the new fighter jets featured in the Paramount’s upcoming film, Top Gun: Maverick, schedule for released in May 2022?  According to Shelby Ricketts, an aerospace product manager, it’s classified.  “We could tell you, but then we’d have to kill you.”

In the movie, Maverick’s new ride is a Boeing F/A-18 Super Hornet and is a successor to the F/A-18 Hornet, with a 20% larger airframe, 33% more fuel capacity and 41% longer range.  Top Gun: Maverick will also feature the F-35C, made by Lockheed Martin.  The F-35C is the Navy’s aircraft carrier version of the Joint Strike Fighter, but with greater wing area, more robust landing gear and, of course, the requisite aircraft carrier landing hook.

As an AS 9100 aerospace and defense supplier to OEMs Boeing and Lockheed, Insul-Fab provides engineered insulation products that meet strict specifications for weight, flammability and density.  High standards of quality, technical capability and regulatory compliance are not only expected, but demanded.  As for whether or not Insul-Fab supplies materials for the fighter jets featured in Top Gun: Maverick, we prefer not to say.